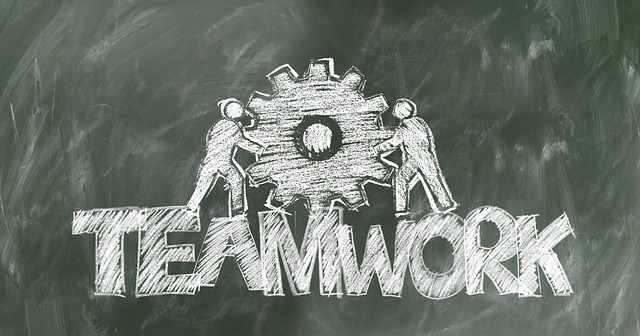 Yesterday, I received an unexpected gift.  It was a valuable reminder of  what happens when we project out our fears and self-consciousness onto others.  We experience these people as our nemeses rather than as our allies.  It is like sometimes we need to experience our own neuroses from outside of ourselves in order to understand it better.  The outcome yesterday could have gone either way if mutual respect and compassion had been absent and had we focussed on the wrongness of one another.  However, both of us involved in the situation were gifting each other with that and as a result we have a newfound appreciation and respect for one another.

I don’t need to get into the ‘nitty-gritties’ of the situation.  It is the dynamics that are important in this situation not the ‘who said whats’.  It all happened on a construction site.  I had been going about their day-to-day job asking questions about what I had been observing.  The other person perceived he was being judged as incompetent.  Meanwhile, I had been scrolling through the checklist in my head.  I was totally oblivious to his insecurities.  Instead my focus was on how busy the other person was and how I could be of assistance.  I was intent at offering to tackle menial tasks if an additional pair of hands were required to help things happen on time.

The ‘go to’ response to such situations for him would have been to come out swinging with an aggressive reaction which would have insulted and polarised.  I also had a history of emotional response and would have taken the situation to heart.  I would have added this to the shelf where I kept all of the other misogynistic, aggressive reactions I had experienced.  It could have easily been the straw to break the dam of tolerance for me.  Potentially, I could have walked away with resentment, anger and frustration seething at how much of an asshole he was.  It would have been very difficult for both us to overcome.

The Birth of Comradeship & New Strength

Yesterday, this gentleman (and he really was a gentleman) chose to tackle things differently to his normal way.  He took me aside away from ears eager for gossip, and he chose to be vulnerable, revealing what he was feeling in that moment.  Additionally, he listened attentively to what I had to say.  This behaviour was completely foreign to how he communicated with the guys on site when peeved.  He mentioned he felt uncomfortable with this new way of being.  There had previously been conversations about displaying strength through chewing people out.  However, here he stood, being strong whilst being gentle and mindful.

What he felt was weakness actually proved to be a beautiful strength being born.  Not only did he nurture understanding. In that moment, he also gained my support as well as my compassion.  I stepped away from that conversation feeling respected, and I was even happier to help however required.  My respect for him stepped up a notch or two.

I am so excited for my work colleague if he chooses to explore this new habit more. Through having an open conversation with one another and in essence, dropping our barriers, we both came to realise there was no wrongness in what either of us was doing or experiencing.  Instead it was acknowledged that deep emotional stuff was being triggered, enabling us to recognise we were potentially projecting them on to one another.  It only took one person to take the first step toward being vulnerable to allow the other to respond.

Sometimes we do need to verbally light a fire under people when they are persistently disrespectful and belligerent.  However, when this is tempered with gentleness and respect, it becomes more potent and far more effective.  Another added benefit is that people generally enjoy working with someone who is respectful and compassionate.  Mutual understanding grows and effective teamwork flourishes.

Like what you have read here?  Check out these other articles written by Anne McCormack:

The Power of Shame & Vulnerability

Whose Shoes Are Whose