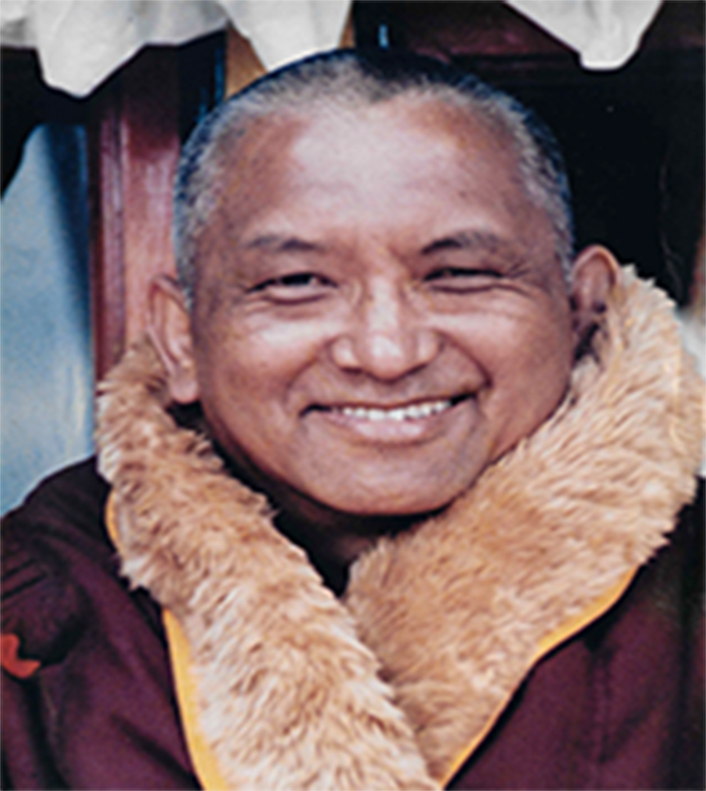 Have you ever met someone whose presence lit you up like a candle?  You know, in a spiritual, inspirational kind of way.

Eighteen years ago, I decided to spend Christmas at a Tibetan Buddhist Monastery in the lushness of Queensland’s Sunshine Coast.  At the time, exhausted and struggling with life in Sydney,  I questioned everything – about myself, my spiritual purpose, and the things important to me.  On the verge of a drastic life change, I had not yet taken the plunge.  You see, the needle was stuck on the track and the same part of the song kept repeating over and over and over again in my head.  Stuck in my thoughts, I didn’t know what I needed to do.  Pre-occupied with my own mental dramas, and consumed with being a victim to consider solutions, it was time to quieten this beast of a mind.  I needed to reflect on where I was going in life, and perspective.

Sitting Beside The Spiritual Fire Of Compassion

Have you ever met a human being whose smile just warms you to the core?  It wasn’t just his smile though it was his whole heartfelt presence.  I didn’t understand much of what he said but I loved his sense of humour.  Funny when you think about it really – appreciating the humour of someone when you don’t understand what they are saying.  But he made me laugh and smile a lot.  Back then, being consumed by the troubles of my day to day existence, there was not a lot of laughter and smiling happening in my world.

Whilst I respect the Buddhist faith and covet some of the spiritual precepts, I have to honestly admit I am not a devotee. I relished the peace of morning prayer, and adored the concept of being a part of a Festival of Compassion. However, I found it difficult to keep up with the prayers and I lost count with the number of prayers of compassion I offered.  I lacked discipline and struggled with my mind chatter.  I convinced myself that in sitting there visualising the world and sending out unconditional love and healing that I was doing my part.

During that weeklong stay at Chenrezig, Rinpoche unknowingly facilitated the answer to many of the questions I had been asking myself.  I like to think of it as his Christmas present to me in a way.  It wasn’t a deliberate gift giving sort of thing on his part.  The gift though was conscious – very conscious.

It was Christmas day and people were gathering for a vegetarian roast lunch.  As he walked up to the pergola where the tables were set, I watched Rinpoche’s eyes light up and twinkle as he saw a toddler playing with a toy train.  In that moment, it was like he and that child were the only two beings in existence.  There sat a man in his sixties with the pure delight of a child in his eyes, totally being in the moment, playing as if he too were just a child.

I can still hear his laughter as he launched a foam ball from an older child’s nerf gun. A surprised passerby nearly lost her lunch.  The laughter and joy were contagious and rippled out amongst the tables.  There was no judgement.  There were no pre-conceived notions of anything.  There was just a sense of mischievous innocence and joy.

Whenever Rinpoche sat in the temple leading prayers, I didn’t understand anything he murmured.  But occasionally, he saw the humour in something he said and started laughing heartily at himself.  In that moment, I laughed along with him – at his humanness and because his smile and his laughter made me want to join in.  He lightened my world in those moments.  Ah, I had missed this feeling.  I needed more of it in my life.

As the week went on, I spent more time in the temple.  As Lama Zopa Rinpoche murmured his way through the prayers, I found myself focussing more on the moment – on the kindness and compassion of the monks and nuns who sat on the cushions in front of me.  Basking in the warmth of their smiles and kindness, I smiled as they filled our cups with warm chai.  I too passed on the spiritual warmth and love to those around me.  My mind was becoming a little quieter and the thoughts directed at myself were a lot gentler.  I was in the presence of spiritual human beings who were not afraid to just be.  It was rubbing off on me in a small way.  The self-flagellation replaced by a sense of compassion toward myself.  And in that moment, I was recognising some changes I could make to my journey.

I Just Need To Look At His Photo

When I look at my photograph of Lama Zopa Rinpoche, his smile takes me back in time.  Not only do I feel compelled to smile back at the warmth he emits, I send him much love and happy thoughts.  I thank him.  The moment reminds me that no matter how old we are, we still have within us that sense of childlike wonder deep down inside.  When we indulge in it, it takes us to a beautiful space of joy if we take the opportunity to be completely in the moment with it.  And it is in being completely in the moment that the answers to all of our questions can be truly heard.

Peacock Dreaming: The Wisdom Flowers is available from Amazon and Barnes & Noble, and selected bookstores.

Lovitude:  Trying To Calm The Monkey Mind is available from Anne at www.thepeacockdreamingblog.com